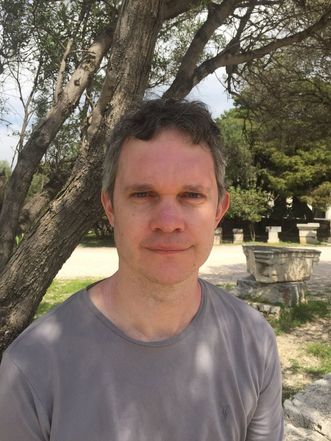 Hello - I am a Reader in Philosophy at Birkbeck College, London, where I have been since 2011. I was Head of Department from September 2017 to August 2020. Before Birkbeck, I taught for six years at the University of Missouri-St Louis. I received my PhD from the London School of Economics, and during my last two years as a student I was a visitor at University of California-San Diego. Before switching to philosophy, I did graduate work in economics, receiving an MSc, and undergraduate work in mathematics and history.

Away from philosophy, among other things I have...
... won money at tournaments in pool, poker, and foosball/table football
... been, in my LSE days, captain of a University Challenge TV quiz team, reaching the grand final of the 1996/7 series
... kissed a mother grey whale in the wild on the lips (it was salty), at Laguna San Ignacio in Mexico
... more recently, in golf made my first ever hole-in-one and my first ever rounds under 80

Here is a link to my phil papers site.


My Research
My primary interest is currently in how knowledge is produced in field sciences, i.e., in sciences outside the confines of the laboratory and unable to conduct shielded experiments. What is the relation, for instance, between the development of abstract economic models, and progress in terms of better predictions and explanations of messy real-world events? Roughly speaking, I argue for more emphasis on local empirical work and less on development of theory.

I am currently working on a book, 'Science in a Fragile World', under contract at OUP. In it, I examine how to investigate a world in which laws and causal relations are 'fragile', in other words are intermittent and unpredictable. I argue that:
​1) Once we venture outside the confines of laboratories and engineered artefacts, much of our world is like this, including many of the questions that we care about most: war, environmental damage, pandemics, elections, and more.
2) These questions need to be investigated by historian-like detailed case studies. Unfortunately, familiar methods such as experiments are less useful, because their results can no longer be relied on to generalise. Roughly speaking, I argue for more emphasis on local empirical work and less on development of abstract theory.

Although my research is mainly in philosophy of science, I have also written extensively on related themes in metaphysics, especially the notions of causation and causal explanation. These various strands connect when, for instance, analysing the use of statistical techniques to measure causation, or the use of experiments in psychology. I have also applied some of this causal training to debates around several other philosophical issues, including scientific progress, harm, innateness, and free will.
​